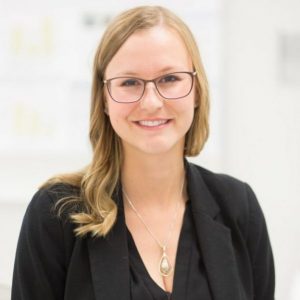 Dr. Jenni Karl is an Associate Professor in the Department of Psychology at Thompson Rivers University in Kamloops, British Columbia, Canada. She teaches courses in psychology and behavioural neuroscience and conducts research into how the human brain generates skilled eye, hand, and mouth movements. She is especially interested in how these movements and their underlying neural substrates arose through evolution, are established during development, and break down in various neurological disorders.

Her research has been supported by the Natural Sciences and Engineering Research Council of Canada (NSERC) and Alberta Innovates-Health Solutions (AI-HS). You can view her academic genealogy at Neurotree.